Gliding is a recreational activity and competitive air sport, in which pilots fly unpowered aircraft known as gliders. Using naturally-occurring currents of rising air to remain airborne, gliders can fly for hours and travel hundreds of kilometres.

This video was created by the British Gliding Association’s Glide Britain initiative filmed at many gliding clubs around Britain including at the Cambridge Gliding Centre:- 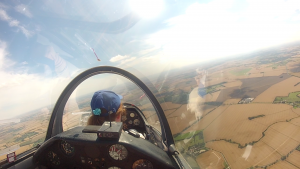 You do not need any prior experience to start gliding; most people are able to learn the basics and have their first solo flight within a year. All clubs in the UK teach to the same syllabus set by the British Gliding Association. After going solo and additional training you can gain a pilot’s licence.

We use two main methods to get into the air – gliders cannot launch themselves! 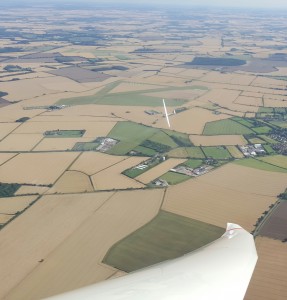 Glider pilots can stay airborne for hours and travel hundreds of kilometres by flying through rising air called lift.

Finding and flying in lift is known as soaring; while easy to learn it takes a lifetime to master. Finding the best lift, allowing you to fly further and faster than other pilots, can give you the competitive edge in the sport. Once you have learnt to fly you can leave the vicinity of the airfield and head cross-country. Initially, you will only travel short distances but soon you will be able to fly 300 km or more using only air currents to stay aloft.  Find out more

Once you have learnt to fly you can take part in local, regional, national and international competitions. Competitions typically take the form of a race around a pre-defined course of hundreds of kilometres.

Experienced pilots may wish to learn to fly aerobatics and even take part in aerobatic competitions.